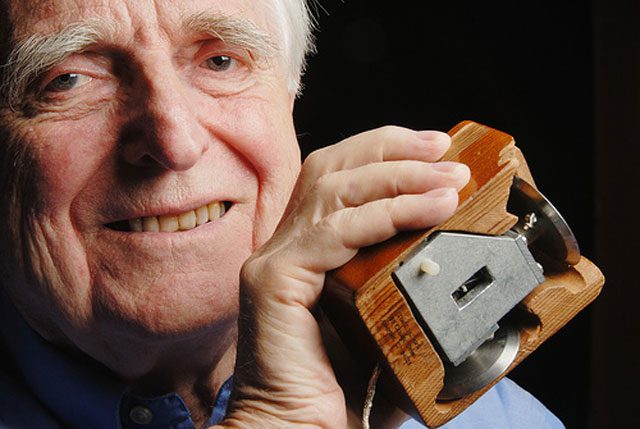 The inventor of the computer mouse, has died aged 88.

Engelbart developed the tool in the 1960s as a wooden shell covering two metal wheels, patenting it long before the mouse’s widespread use.
He also worked on early incarnations of email, word processing and video teleconferences at a California research institute.
The state’s Computer History Museum was notified of his death by his daughter, Christina, in an email.
Her father had been in poor health and died peacefully on Tuesday night in his sleep, she said.
Doug Engelbart was born on 30 January 1925 in Portland, Oregon, to a radio repairman father and a housewife mother.

Mother of all demos

He studied electrical engineering at Oregon State University and served as a radar technician during World War II. 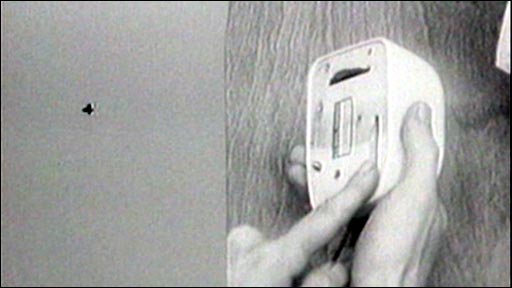 He then worked at Nasa’s predecessor, Naca, as an electrical engineer, but soon left to pursue a doctorate at University of California, Berkeley.
His interest in how computers could be used to aid human cognition eventually led him to Stanford Research Institute (SRI) and then his own laboratory, the Augmentation Research Center.
His laboratory helped develop ARPANet, the government research network that led to the internet.
Engelbart’s ideas were way ahead of their time in an era when computers took up entire rooms and data was fed into the hulking machines on punch cards.
At a now legendary presentation that became known as the “mother of all demos” in San Francisco in 1968, he made the first public demonstration of the mouse.
At the same event, he held the first video teleconference and explained his theory of text-based links, which would form the architecture of the internet.
He did not make much money from the mouse because its patent ran out in 1987, before the device became widely used.
SRI licensed the technology in 1983 for $40,000 (£26,000) to Apple.

At least one billion computer mice have been sold.
Engelbart had considered other designs for his most famous invention, including a device that could be fixed underneath a table and operated by the knee. 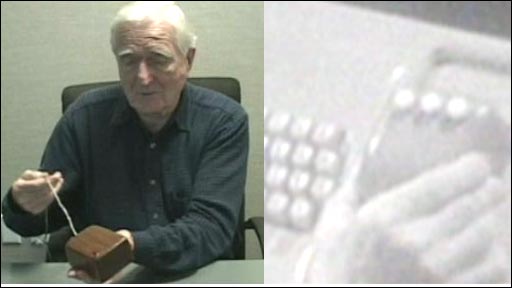 How the computer mouse got its name

He was said to have been driven by the belief that computers could be used to augment human intellect.
Engelbart was awarded the $500,000 Lemelson-MIT prize in 1997 and the National Medal of Technology for “creating the foundations of personal computing” in 2000.
Since 2005, he had been a fellow at the Computer History Museum in Mountain View, California.
He is survived by his second wife, Karen O’Leary Engelbart, and four children.