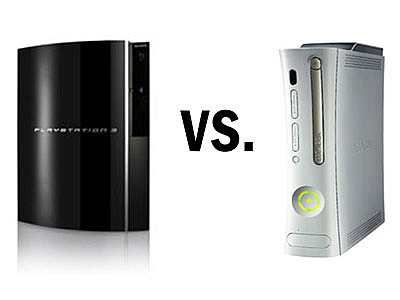 Deciding between the PlayStation 3, Nintendo Wii, and Xbox 360 can be a daunting task. While all three systems are vastly superior to the last generation of videogame consoles, they are also far more different from each other than ever before. While I like and own all three systems, I believe there are five things that make the PS3 the best next-generation videogame system to have, over the Xbox 360 or the Wii.

Let’s get the most obvious feature out there first. Both the Xbox 360 and Wii operate off of older disc technologies, and the PS3 is the only gaming console that offers a Blu-ray high definition disc drive. This plays out to be two distinct advantages for the PS3 — Blu-ray movies and Blu-ray games. DVDs are on their way out, and Blu-ray is the new standard for video. Blu-ray discs also hold more data, so the PS3 has to use fewer discs for games. Finally, every PS3 supports 1080p video, upconverts regular DVDs to look better on your HDTV, and has an HDMI output (necessary for the highest quality HD signals).

While it is true that the sticker price of the PS3 is higher than the Wii or Xbox 360, it is a feature complete system. Take for example the controllers. All three systems come with wireless controllers, but the PS3’s DualShock 3 is the only one that’s rechargeable out of the box.

Want to get online using your WiFi network? On the Xbox 360, that will require a $100 dollar wireless upgrade kit while on the PS3 and the Wii wireless networking is built in, though the Wii requires you to buy their web browser. Want to play games online? That will require you to purchase an Xbox Live Gold Membership. The cost to play on the PlayStation network? Nada. Want to download new games and video for your console? While it is no problem for the PS3, but you may have to purchase additional storage for some Xbox 360s and Wiis if you plan to download much of anything.

All three systems have a wide variety of wonderful games, and most major American and European games appear on all three systems. But the PlayStation 3 has the support of Japanese developers and online boutique developers that the other two simply don’t have. Sure the Xbox 360 has Halo and the Wii has Mario, but the PS3 has equally good exclusives in Metal Gear Solid 4, God Of War III, LittleBigPlanet, and the greatest driving game ever, Gran Turismo 5.

In addition, consider the unique Japanese and indy titles that only the PS3 gets. From Pixel Junk Monsters, Flow, EveryDay Shooter, The Last Guy, and LocoRoco Cocoreccho!, to software that’s more like interactive art than games, such as Tori-Emaki, Flower, and Linger in Shadows, there are simply odd and wonderful things that exist on the PS3 that don’t on the other systems. 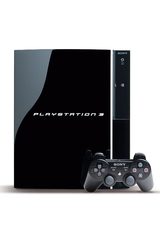 The PS3 can show pictures, play videos, and play music you download from the net, or from a USB device such as a thumb drive or external hard drive as well as streaming from a computer. So does the Xbox 360, but only the PS3 will allow you to stream it to your PlayStation Portable, remotely. This means you can access your media, including Blu-ray discs, on the road using your PSP. The PS3 also supports Linux as an additional operating system, allowing it to be used for a variety of non-gaming purposes.

All three systems now offer web surfing and the purchasing of games online. Unlike the other two systems, however, online gaming on the PS3 is both easy and free, with no extra fees or complicated friend codes required. The PS3 also offers a unique and free virtual world called Home, where you can chat, hang out and play games with other PS3 owners. Much like the Xbox Live Achievement system, the PS3 has a Trophies system that allows you to earn awards as you play games and compare how you’ve done against other players.

Finally, and perhaps best demonstrating the PS3’s commitment to being a unique device, isFolding@home, a program that allows your PS3 to be used to help Stanford University scientists perform cancer research using your console’s spare computational cycles when you are not gaming.

If you’re interested in learning more about the PlayStation 3, I have all of its technical specifications, a gallery of PS3 images, a large collection of reviews, and a variety of other PS3 related information throughout our site.