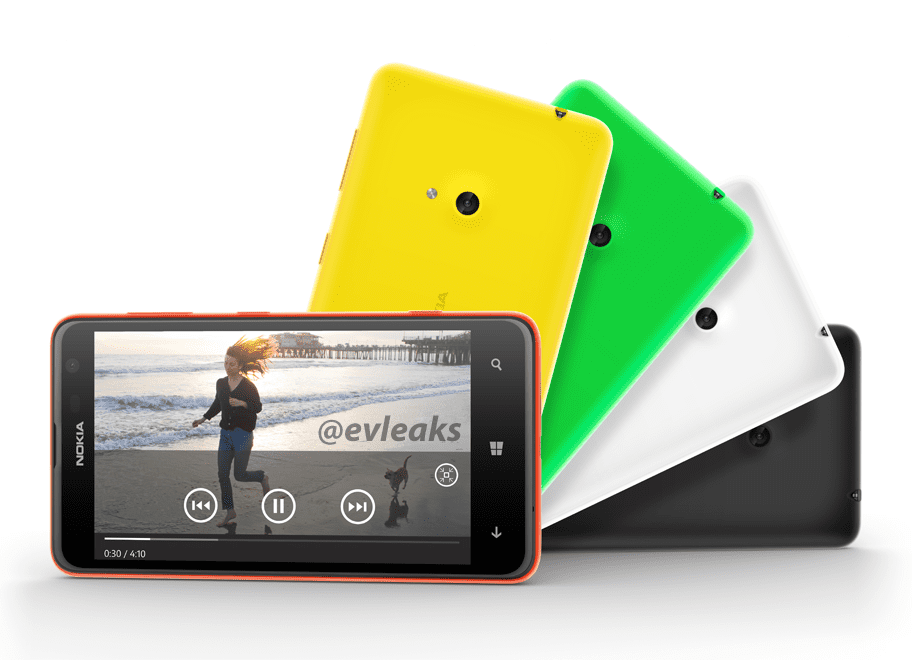 Nokia has unveiled the Lumia 625, the largest Lumia Windows Phone yet, with a 4.7-inch screen and 4G.

The 625 sports a larger screen than any previous Lumia, making it a rival to big-screen Android phones like the Samsung Galaxy S4 and HTC One on size — but very definitely not on price.

Under the big screen is a 1.2GHz dual-core Snapdragon S4 processor, 512MB of RAM and a 2,000mAh battery. There’s 8GB of memory for your music and movies, snaps and apps, and you can add a microSD memory card for up to 64GB of extra leg room.

Like previous Lumias, the 625 is built of sturdy plastic that doesn’t feel flimsy or cheap, with no flex or rattle when shaken up. It’s encased in interchangeable covers, which are tough to prise off — you need to dig your fingernail right right in — which at least means it’s not coming off in your pocket.

The curved back is similar to that of the Lumia 720, and the screen is rounded at the edge, like the high-end Lumia 920 — a nice touch that we wouldn’t expect on a budget phone. Overall it reminds us of the bargain-tastic Lumia 620, although our first impression is that the screen isn’t as sharp and bright as the 620’s impressive display — and at 201 pixels per inch, it shows off half the detail of more expensive but similarly sized phones like the Galaxy S4.

Microsoft’s Windows Phone 8 software keeps the 625 ticking along, with big colored squares called live tiles on the home screen showing shortcuts to your apps. The tiles light up with notifications like how many messages you have, or cycle through your photos and pictures of your contacts. The 625 is loaded up with the latest update to Windows Phone 8, codenamed Amber. 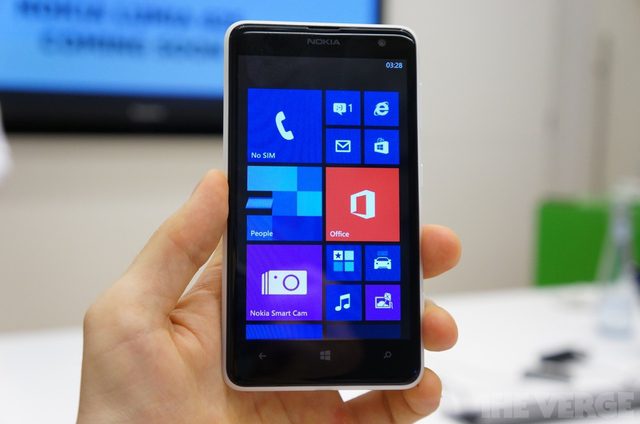 That cutting-edge software means that the 625 shares a selection of Amber features with the recently-announced Lumia 1020, including the Nokia Smart Camera app. Like the Lumia 925, it fires a burst of photos, shooting 7 action shots to the 925’s 10. The camera is a 5-megapixel job with LED flash, and it shoots 1080p video at 30fps.

Also on board are Nokia’s Here maps apps. But it doesn’t have NFC, and there’s no compass so no augmented reality City Lens app.

Nokia teased us yesterday by promising “something BIG,” alongside an image drenched in orange. The 625 comes in green, white, yellow, black, red — and, yes, orange. The new phone goes on sale in the third quarter of this year in China, Europe, Asia-Pacific, India, Middle East, Africa and Latin America. It’s set to cost 220 euros ($290) in Europe.

The 625 hits shop shelves in early September in the U.K., when it’ll cost a very affordable 200 pounds, depending on who you buy it from. You can choose from Vodafone or O2; 4G network EE; or at retailers Phones 4U and Carphone Warehouse.

Is this something big a big deal for Nokia? Tell me your thoughts in the comments.