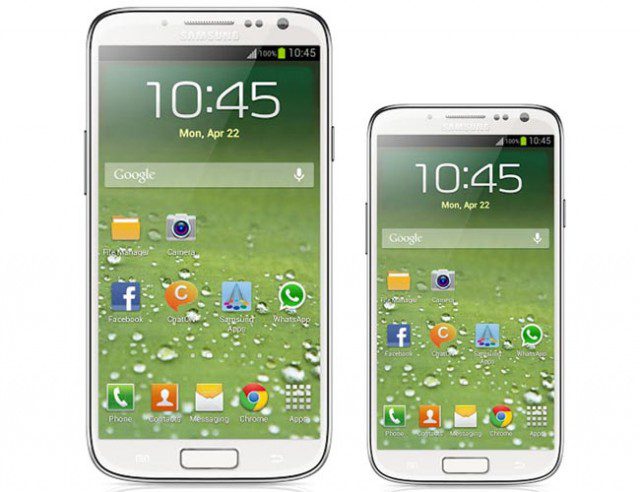 These days, picking out a smartphone is almost like trying on shoes. Does a four-inch, four-and-a-half-inch, or five-inch screen fit best?

Samsung recently released the Galaxy S4 Mini, which is a cheaper and smaller version of its popular Galaxy S4 model.

For years, the trend in major smartphone brands’ screen sizes had been the bigger, the better. Whether it was the iPhone 5’s extra row of apps or the giant, tablet-sized Android “phablets,” phones had definitely been getting larger.

But recently, that trend has begun to reverse. Samsung and BlackBerry (BBRY) released mini versions of their top-of-the-line smartphones andApple (AAPL, Fortune 500) and HTC are rumored to follow suit. The Samsung Galaxy S4 mini has a 4.3-inch screen, which shaves off more than a half-inch off its larger version. The BlackBerry Q5 isn’t smaller in size than the top-of-the-line Q10, but it uses all of last year’s technology inside. 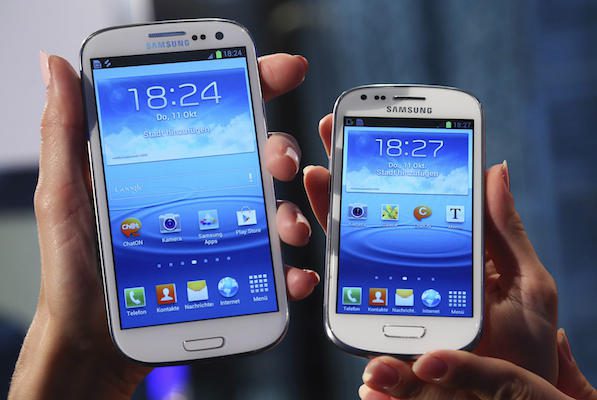 One factor behind the looming mini smartphone wave: Smartphone growth is beginning to slow in developed markets like the United States and Western Europe, where giant smartphones with the latest features are a hot commodity. Emerging markets will be “the key future growth driver,” according to Macquarie Securities analyst Kevin Smithen, but consumers in those regions are more budget-conscious.

Larger screens can contribute significantly to the price of a smartphone, so smaller devices released by low-cost smartphone makers like China-based Huawei, ZTE and Lenovo are wildly popular in those regions. The iPhone isn’t even in the top five list of best-selling smartphones in China.

Top-tier smartphone makers “are finally waking up to the fact and starting to fight back” with a wave of “smartphone mini” launches this year, said Smithen.

But other analysts are doubtful that the top smartphone brands are truly getting the message.

“It’s not about size so much as the price,” noted Sarah Rotman Epps, an analyst at Forrester.

China’s major smartphone makers have been focused on producing devices that cost less than $350. The Samsung Galaxy S4 Mini is currently selling in the United Kingdom, its first market, for $530. That’s cheaper than the Galaxy S4 which goes for about $600, but perhaps by not enough.

That’s why Ryan Reith, an analyst at IDC, believes that Samsung’s launch of mini devices may have just been a way for the Korean smartphone maker to “test the waters” when it comes to display size. As the market for smartphones becomes saturated, companies may aim to offer variety and hit every price point.

“The smartphone market is not one size fits all,” said Jeff Kagan, an independent technology industry analyst. Some people want a smaller phone because they have small hands or wish to fit their smartphones in their pockets. Other people want to use their smartphones to watch movies and play games which are better displayed on a larger screen.

As for rumors surrounding Apple and a new, smaller iPhone, it definitely would be an out-of-character move for a company used to marketing exclusively to the high-end of the market. But it has been six years since they entered the smartphone market and there’s now more competition.

“They would be smart to come out with two devices, maybe more, and let the customer choose,” Kagan said.

Even if price trumps screen preference in emerging markets for now, it may not be a tradeoff customers will have to face going forward.