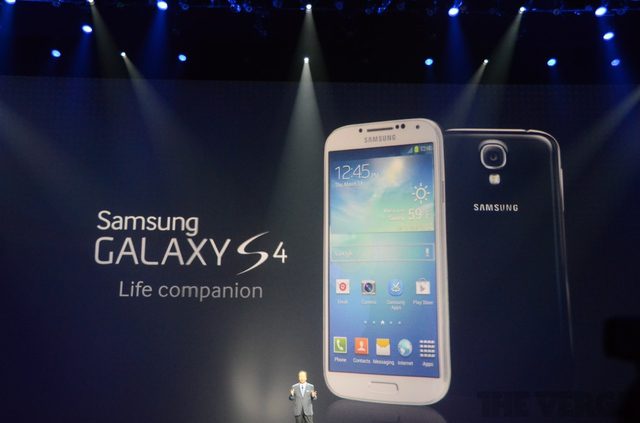 SOUTH KOREA: Samsung Electronics plans to sell a variation of its flagship Galaxy S4 smartphone that will transmit data at nearly twice the normal speed, the head of its mobile business said on Monday.

JK Shin, also co-chief executive of the world’s biggest technology firm by revenue, said the phone would be sold in South Korea as early as this month.

Samsung was in talks with several overseas carriers to take the phone, Shin told Reuters in an interview at Samsung’s headquarters in Suwon, just south of Seoul. He declined to name the carriers.

“We’ll be the first with the commercial launch of the advanced 4G version of the smartphone,” Shin said.

The new S4 will use LTE-Advanced 4G technology, an upgrade from conventional 4G called LTE, or long term evolution. LTE-Advanced offers data transmission at up to twice the normal 4G speed. The phones will be powered by Qualcomm chips.

Samsung’s shares have lost almost $20 billion since June 7 after analysts cut forecasts for Galaxy S4 sales by as much as 30% on industry data that showed the high-end smartphone market was getting saturated.

The same problem is hitting sales of the iPhone 5, made by Samsung rival Apple.

Samsung’s market capitalisation is still a hefty $195 billion. Its shares closed down 0.2% on Monday.

Shin showed little concern about sales prospects for the S4, which hit stores in late April. The mobile devices division is the company’s biggest profit generator.

Shin declined to provide forecasts for S4 sales. He said the new S4 would be slightly more expensive than the current one.

The South Korean firm hopes the addition of hardware offerings such as faster data transmission, along with its widely anticipated move to introduce models with unbreakable or flexible displays, will help it protect margin growth.

Shin also said sales of Samsung’s tablet products in the US market jumped 3.3 times since it installed brand shops within Best Buy’s stores in April, and is now considering expanding the format in Latin America and Britain. Samsung declined to name potential retailers.

Eyes on network business Having conquered the smartphone market that Apple virtually created with the iconic iPhone in 2007, Samsung is seeking to do the same in the network business with the booming 4G mobile equipment market, challenging bigger rivals such as Ericsson, Huawei and Nokia Siemens Networks.

Many countries need to upgrade mobile base stations to handle not just 3G but also 4G, or build them from scratch to support 4G connections.

Shin said the network gear market was one of Samsung’s fastest growing businesses, mainly thanks to 4G equipment sales which had been rising more than 30% a year since 2010.

The new phone would help this part of Samsung’s business, he said.

“Such technology leadership will set the pace for the competition and help us become a major player in the network gear market,” Shin said.

Samsung has won some 4G network deals from all major South Korean carriers, US’s Sprint Nextel and Japan’s KDDI and Hutchison Whampoa’s British unit, but it needs to crack China to close the gap with traditional vendors in the overall gear equipment market.

Shin said there had not been much progress in Samsung’s push to penetrate China’s 4G equipment market yet, but it was increasing investment in the country.

China’s three mobile operators – China Mobile, China Unicom and China Telecom – plan to spend a combined 345 billion yuan ($56.3 billion) this year on network upgrades. That includes investment in 4G, which multiplies mobile broadband speeds by up to five times for users of iPhone and Galaxy phones compared with 3G.

Many analysts believe Huawei and ZTE – already big suppliers of China Mobile since only 10-15% of 3G network contracts went to foreign vendors – will be winners, leaving others to fight for smaller bits of the pie.

Samsung hopes to show Chinese clients that 4G networks with new technology can be built faster and with lower operating costs.