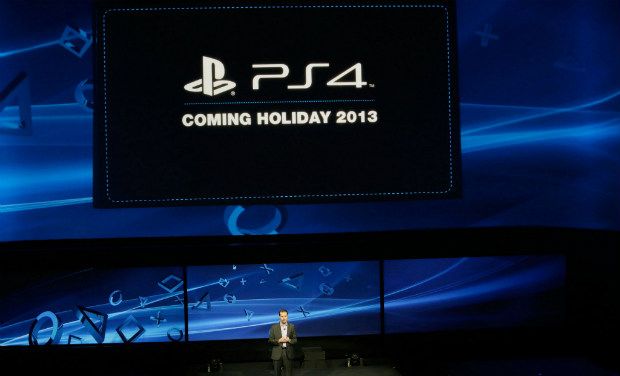 Sony is set to sell the PlayStation 4 for a cheaper price than Microsoft’s rival Xbox One.

The Japanese firm announced at the E3 trade show that its machine would be sold for £349 in the UK, $399 in the US and 399 euros across Europe.

It added that it would not impose restrictions on second-hand games.

Sony also unveiled what its box would look like, having previously kept the design under wraps at its February PS4 press conference.

For many in the audience at the Los Angeles event, the scale of the price difference came as the biggest shock.

“Clearly the big headline is that the PlayStation is going to be $100 less than the Xbox One when they come out in the US,” Stephen Totilo, editor-in-chief of the gaming news site Kotaku, told the BBC.

“Microsoft is going to need to look again at its price or explain why it offers better value, such as the inclusion of its Kinect sensor.

“Of course, in the short-term it may not matter too much because when new consoles launch, supply is typically limited and hardcore gamers will pay anything to snatch them up. But six months or a year later on it will make a difference and Microsoft may feel at that point that it needs to match price with Sony.”

Sony also sought to distinguish its games machine by announcing it would not introduce any new restrictions on pre-owned disc-based games bought from friends or retailers, nor would it require users to regularly authenticate their machines via the internet to allow games to continue being played.

By contrast, Microsoft has introduced limitations on who consumers can buy second-hand titles from and has introduced a requirement to connect to the net once every 24-hours to play games on the Xbox One.

“With Sony continually pushing their gaming credentials and the development of the PlayStation brand for gamers throughout their presentation – it has very publicly slapped Microsoft across the face,” said Alex Simmons, UK Editor-in-Chief of news site IGN.com.

“Talk of restrictions on the sale of pre-owned games and a requirement for an internet connection have been two of the largest consumer concerns surrounding the next-generation consoles.”

The PS4’s predecessor, the PlayStation 3, beat the Xbox 360 in terms of global shipments but was in turn outsold by Nintendo’s Wii, according to market research firm IDC.

However, the Wii U – which launched in November – has failed to meet its sales projections, something Nintendo has blamed on delays to games releases.

“It’s a big opening, the Wii U hasn’t performed up to Nintendo’s expectations or that of the broader industry” IDC’s gaming analyst Lewis Ward told the BBC.

“You only get about once a decade to reset expectations around what a platform will be, and therefore the launch of the PS4 has the potential to move Sony back into the pole position it was at with the PS2.”

Sony said that 140 PS4 games were in development, 100 of which should be released within its first year.

Among the titles that will be exclusive to the PS4 which had not previously been revealed was The Order: 1886, a steampunk-styled shooter set in the 19th century.

In addition, Square Enix announced that it was bringing Kingdom Hearts 3 – a role-playing game involving locations and characters from Disney cartoons – to the platform.

Sony said it also wished to make the PS4 the most “open and inclusive” platform to independent developers and highlighted a range of titles from the sector including a remake of 1997’s Oddworld.

One expert suggested this was a deliberate effort to take advantage of the fact several small studios had complained ofexperiencing problems when trying to release titles onto the Xbox.

“While Microsoft has found itself incurring the wrath of many indie developers, Sony has taken the opportunity to reach out to the sector earning it access to great games and also a great deal of goodwill,” said Christopher Grant, editor-in-chief of games news site Polygon.

“But while Sony says that it allows ‘self publishing’, it’s not the kind of open market we might think of when we hear the term in association with smartphone platforms like iOS or Android.”

In addition to the PS4 news, Sony also talked up the PS Vita.

It has previously acknowledged that sales of the handheld console had fallen behind expectations.

But at E3 it stressed the machine was “just beginning its life cycle”.

It said that 85 titles were coming to the platform this year including Batman Arkham Origins, Killzone Mercenary and a new episode in Telltale Games’ The Walking Dead series.

It also described the Vita as “the ultimate companion device” to the PS4 since the handheld can stream the bigger machine’s titles.

Despite the PS4’s price advantage, one observer at E3 said it was too soon to assume it would outsell the Xbox One.

“You don’t get the Kinect with the PS4 – Sony’s Eye camera isn’t as powerful and may be sold separately – so Microsoft can push the fact its sensor is worth the extra £80,” said Stuart Miles, founder of the Pocket-lint gadget review site.

“The other thing is that the Xbox One games line-up seems to be stronger at launch.

“A lot of the games announced at Sony’s event have been given a 2014 date and its Gaikai cloud streaming service won’t start offering PS3 titles to the new console until next year as well.”