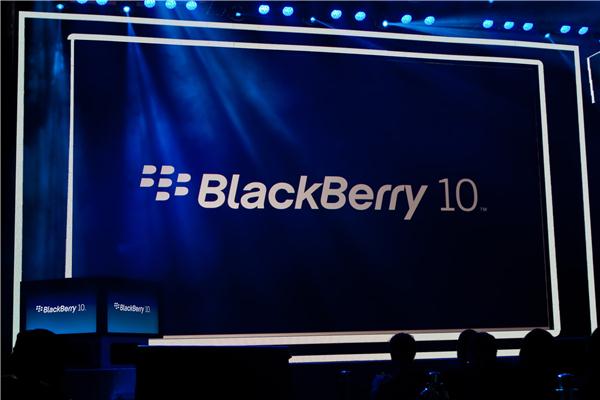 BlackBerry’s next flagship smartphone, the all-touchscreen BlackBerry A10, will launch during the holidays, CNET has learned.

The BlackBerry A10 is the successor to the Z10, and further builds upon the company’s burgeoning lineup of devices. The A10 will occupy the highest tier, moving the Z10 and keyboard-equipped Q10 to the midtier. The lower-end Q5 will continue to occupy the lower, more affordable strata. By quickly expanding its product line, the company is hoping it can better cater to consumers of varying income levels.

The A10 continues BlackBerry’s push to prove to consumers and the industry that it can move beyond the physical keyboard that has so long been its signature feature. Rather than focus on its traditional keyboard design, the company opted to launch its next-generation BlackBerry 10 operating system with the all-touchscreen Z10, followed by the more conventional-looking Q10 (which T-Mobile launched Wednesday). With the A10, BlackBerry hopes to keep up with the likes of the next iPhone and the Samsung Galaxy S4.

The A10 already has one U.S. carrier backing it. Sprint Nextel, which opted to skip the Z10, will sell the A10 in November, according to a person familiar with the carrier’s launch plans. Sprint doesn’t have an exclusive agreement with BlackBerry, so expect the A10 to be offered at other carriers. AT&T and Verizon Wireless were on board with the Z10 and Q10. AllThingsDoriginally reported that Sprint would carry an all-touchscreen BlackBerry.

The BlackBerry A10 is the device that CEO Thorsten Heins hinted at in an earlier interview with CNET.

“There’s one new product I’m excited about, but I can’t really share it,” Heins told CNET in March.

Sprint, meanwhile, held off on the BlackBerry Z10 because it saw what was in the works and felt the A10 was worth the wait, the person familiar with its plans said. While Sprint had expected to take some flak from BlackBerry fans, it opted to focus its resources on the A10.

BlackBerry was actually pressured to unveil the A10 at last month’s BlackBerry Live conference, but the company wasn’t yet ready to make the announcement. It likely didn’t want to undercut the excitement for the Q10, which will be available on other carriers beyond T-Mobile in the coming days.

Sprint told CNET last month that its customers could expect more on the BlackBerry front beyond its commitment to sell the Q10. Sprint is expected to bring out the Q10 in the coming weeks.

Representatives from Sprint and BlackBerry both declined to comment.

BlackBerry Chief Operating Officer Kristian Tear, in an interview with CNET, declined to discuss the A10, but spoke in broad strokes about the future.

“Innovation is a really, really important cornerstone for BlackBerry,” he said. He hinted at a lot of innovation around the next BlackBerry, but wouldn’t talk about it.

The flagship device has been referred to as the A10, as well as the code-name Aristo, but the final name could possibly change. Given the current naming scheme, the A10 moniker could stick. While it will likely get an updated version of the BlackBerry 10 operating system, most of its improvements may come in the form of better specifications and higher-quality design and build. The Q10, for example, shows a step up in design over the more generic-looking Z10.

While BlackBerry considers the A10 its flagship device, Sprint doesn’t currently list it as one of its top-tier devices for the holidays, although that could change, the person familiar with its plans said.