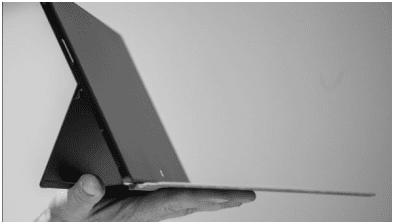 Is it possible that Microsoft (NASDAQ: MSFT) shipped 3 million Surface tablets worldwide in Q1 2013? Microsoft isn’t saying word one about it, not even in its fiscal Q3 2013 earnings report that showed Windows division revenue rose 23 percent to $5.7 billion. But, according to Boston-based researcher Strategy Analytics in a new tablet OS market share report, Microsoft can claim a 7.5 percent share of the 40.6 million tablet units shipped globally in Q1 2013.

What’s holding back Microsoft from even stronger sales figures? “Very limited distribution, a shortage of top tier apps, and confusion in the market,” the researcher said.

It’s clear from Strategy Analytics’ numbers that while the PC market is in the doldrums, the tablet segment is exploding, although not as wildly as in 2012. In Q1 2013, while tablets showed 117 percent worldwide growth year-over-year, shipment growth slowed significantly from the 146 percent expansion of Q1 2012. For the quarter, global Android-based tablet shipments increased 177 percent year-over-year to 17.6 million units, while Apple’s (NASDAQ: AAPL) iOS tablets grew by 65 percent to 19.5 million units.

At the close of the quarter, the market share for Android tablets had climbed from 34.2 percent to 43.4 percent while iOS-based tablets had declined from a 63.1 percent stake to a 48.2 percent share, when compared to the same period last year.

“Demand for tablets among consumer, business and education users remains strong,” said Peter King, Strategy Analytics tablets director. “When we add white-box tablets (OEM made and rebranded) into the mix, Android market share of the total tablet market increases significantly to 52 percent and iOS slips to 41 percent, as the bulk of the white-box tablets are Android low-budget models aimed at a different market to the branded tablets.”

You’d think Microsoft, as still a newbie in the tablet market, would be thrilled to have come from nowhere to 7.5 percent of the market in what amounts to just a few months of shipments. Still, with less than 15 percent of Apple’s total, one has to think that the top brass in Redmond understands that standing pat with what they have so far isn’t going to cut into Apple’s lead any further. Maybe that’s why Microsoft could be revamping its Surface lineup with a 7-inch entry to compete with the likes of Google’s (NASDAQ: GOOG) Nexus 7, Amazon’s (NASDAQ: AMZN) Kindle Fire HD, Samsung’s Galaxy Tab 2 and Apple’s iPad Mini.

Other reports out there peg Surface sales short of Strategy Analytics’ figures. Researcher IDC’s latest tablet forecast painted Surface pretty much into a corner, at 4.7 percent of the market combined for RT and Pro, with Android and iOS gobbling up just about 95 percent of the segment. And, a Bloomberg report in mid-March said the vendor had sold about 1.5 million Surface RT and Pro units together since hitting the market.

Strategy Analytics said its figures indicate shipments and not sales to users.