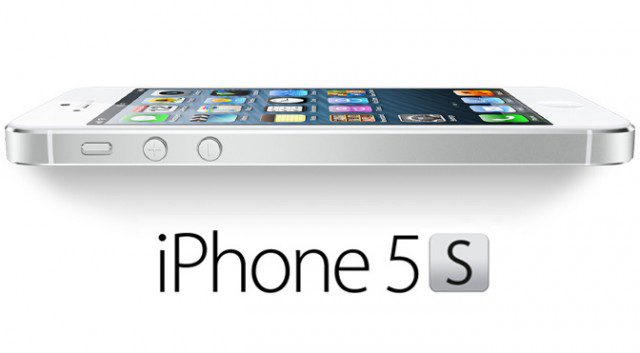 We’re now just a few days away from Apple’s announcement of the iPhone 5S and iPhone 5C. The iPhone 5S will most likely be released towards the end of September, alongside the iPhone 5C. The iPhone 5S, like the 4S, will be an incremental update (but with the addition of champagne- and graphite-colored variants), while the 5C will be a brand-new, plastic-chassis smartphone that comes in a variety of colors. Yes, at long last, it looks like Apple is finally kowtowing to the consumers who have been begging for a cheaper iPhone for years. The rumored iPhone 5S specs, except for the possibility of an integrated fingerprint scanner, aren’t all that exciting, however.

Let’s dive straight into what we know (and don’t know) about the iPhone 5S and iPhone 5C, including the hardware specs, software specs, and release date.

The best leaks currently peg the iPhone 5S’s hardware as a somewhat incremental upgrade of the iPhone 5. There will the same dual-core CPU (but clocked a bit higher), an upgraded quad-core SGX544MP4 GPU, 2GB of RAM, and an IGZO screen (for increased brightness and/or reduced power consumption). The camera should be bumped up to 12-megapixels, and there should be a dual-LED flash. Perhaps most significantly, it currently looks like there will be a champagne (light gold) and graphite variant of the iPhone 5S (see image above). These are only marginally different from the existing slate-black and silver-white models, but they fit in nicely with Apple’s drive to provide more variety.

In terms of new features, the iPhone 5S will seemingly have NFC and a fingerprint reader. NFC functionality isn’t all that surprising, considering many Android phones have supported it for two years or more. The fingerprint reader is an interesting rumor that hasn’t gone away since Apple acquired Authentec, which has lots of fingerprint scanning-related IP. A recent rumor suggests that the Apple will use a sapphire glass Home button, with a fingerprint reader underneath it. Sapphire glass, as we’ve covered before, is very durable — though, unless you have adamantium claws like a certain hirsute superhero, sapphire glass is probably a bit overkill.

Another option is that Apple will embed the fingerprint scanning technology in the display itself, though we think that’s unlikely; the Home button makes a lot more sense.

As always with an “S” model, we don’t expect anything too crazy, hardware-wise. To be honest, I still think Apple will wait for the iPhone 6 before introducing the fingerprint reader, but we’ll see. Software-wise, the iPhone 5S will of course run iOS 7, which will be released for other iOS devices around the same time.

The iPhone 5C is essentially a slightly curvier, plastic-backed iPhone 5. The C probably stands for “Color,” but of course this model is expected to be a lot Cheaper, too. So far, Apple has relied on cut-price older iPhones to capture the mid-range market, but as this market continues to grow (thanks to developing markets in Brazil, Russia, India, China), Apple has been losing ground to Samsung and other smartphone makers. With the rich Western markets reaching smartphone saturation, and no visible strategy from Apple on how to compete with the growing threat of Samsung, Apple’s stock value has been steadily nibbled away by Wall Street.

Color-wise, the iPhone 5C is expected to come in up to six shades, including white, blue, green, red, and yellow. A black iPhone 5C hasn’t been leaked yet, and Apple might keep black as a “premium-only” iPhone 5S color. In the image below, you can see that the iPhone 5C packaging will have a see-through lid, so that you can see what color you’re getting — and so that retailers can create attractive, rainbow-like displays. (That’ll make quite a difference from the usual monochrome of Apple stores, eh?)

Anyway, back to the iPhone 5C’s specs: Expect something very similar to the iPhone 5 (dual-core CPU, tri-core GPU, 8-megapixel camera), but with a plastic back. These plastic backs should come in a variety of colors, and will be permanent — you won’t be switching out your iPhone’s chassis for another color. Again, software-wise, the 5C will run iOS 7. Recent rumors suggest that Siri might be yanked from the iPhone 5C’s version of iOS 7, though, to further differentiate the cheaper phone from its flagship sibling. Like the fingerprint scanner, I think it makes more sense to debut an iPhone Lite/Mini alongside the iPhone 6 — but the rumor mill is obviously against me here, insisting that we will see an iPhone 5C on September 10.

With two new iPhones, and perhaps two new iPads as well, it’s clear that the September 10 event will be massively significant, both for consumers and shareholders. With Samsungtaking control of the smartphone market over the last year, and its dominance of the tablet market being diminished by Google, Amazon, and Samsung, Apple will need to deliver something spectacular on September 10. We’ll be there, of course, and reporting it live.