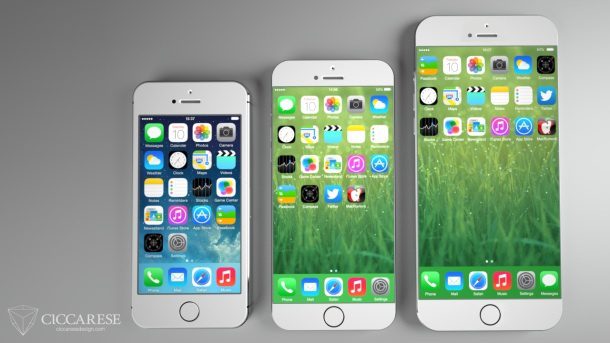 Analysts wax eloquent on future Apple devices and strategies, including the iPhone 6, iWatch, and mobile payments.

Wedge Partners and Pacific Crest weighed in on the rumored iPhone 6 this week, with Wedge also offering speculation on other possible products like the iWatch and a bigger iPad as well as strategies for services at Apple.

Overall, the research note from Wedge Partners’ Brian Blair, as posted by Barron’s, was upbeat, stating that “Apple’s next array of products” provide an “opportunity” for investors. Apple shares have an upside this year of more than 20 percent, he said.

“Apple is likely to choose its opportunities and timing extraordinarily carefully and release new products or services only when it feels it has the best chance to succeed,” Hargreaves said.

Here’s what Blair and Hargreaves expect from Apple this year.

Blair also mentioned that Apple will ‘ultimately” launch an iTV but didn’t give any timeframe.

And he had some caveats about Apple too, including soft demand for the iPhone 5C (echoing Hargreaves) and a continued slowdown in the high-end smartphone market.