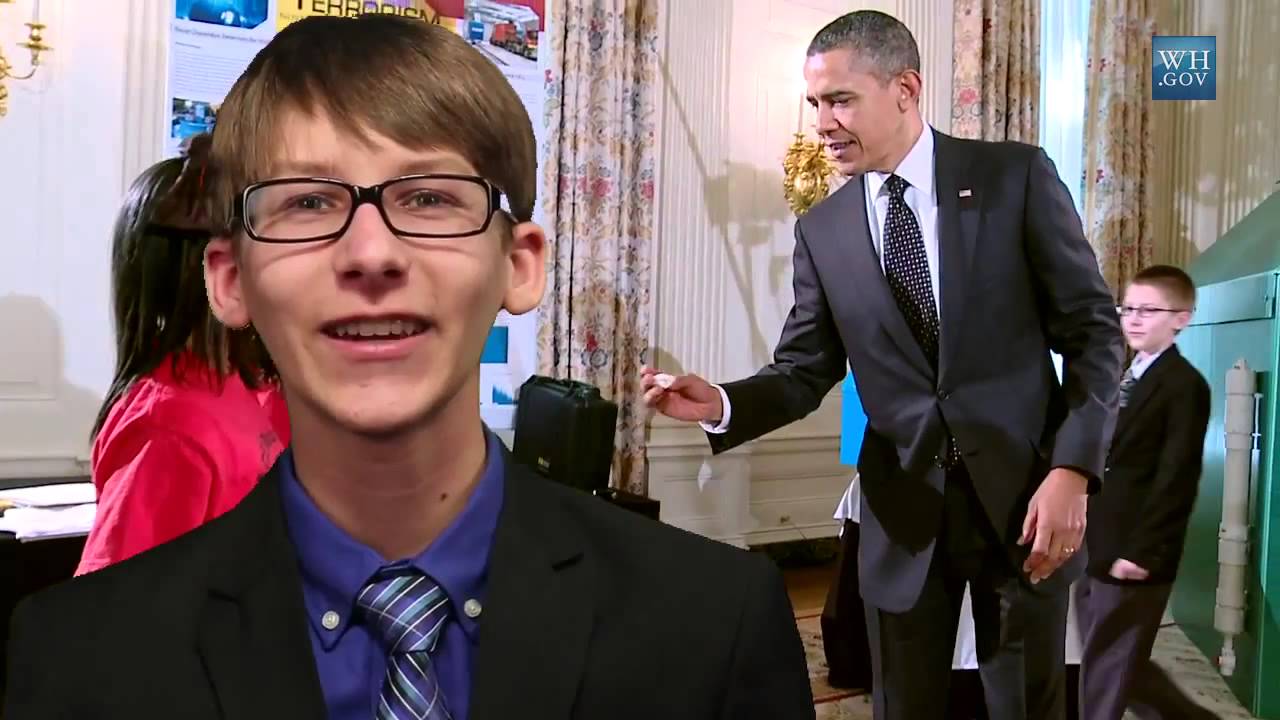 The maker movement is coming to Washington. Inspired by a kid and a marshmallow cannon, the White House is fully embracing DIY with the inaugural Maker Faire later this year.

Today, as CNET reported first, the White House announced its first-ever official Maker Faire, bringing a celebration of science, technology, engineering, and math, not to mention the ground zero of the do-it-yourself world, to the home of the leader of the free world.

In 2012, President Obama was inspired by a visit to the White House’s East Room by then 16-year-old Joey Hudy, who wowed him by firing off a marshmallow cannon. The kid, known now as Joey “Marshmallow” Hudy, then handed the president a business card that read, “Don’t be bored, make something.”

Joey Hudy wowed President Obama with his marshmallow cannon during a visit to the White House in 2012.

Those paying attention to last week’s State of the Union address may have noticed Hudy sitting in First Lady Michelle Obama’s box — as clear a statement as any that the White House is behind the ideals of the maker movement.

But now, with the announcement of an actual White House Maker Faire, to be held sometime later this year, that message is being sent even more forcefully.

For those unfamiliar with Maker Faires, they are a series of what might be called science fairs on steroids. First held in San Mateo, Calif., in 2006, and launched by the people behind Make magazine, they are a celebration of all things scientific, creative, magical, crafty, and wonderful. In essence, Maker Faires, which are now held in more than 100 locations around the world, including a New York event that attracts 75,000 people each year, are the beating heart of the DIY movement. All told, the events have had more than 1.5 million attendees since 2006.

With the White House now planning on hosting one, it’s the clearest sign yet that this is a trend that has advanced beyond the insular world of geeks and tinkerers and has made it to the most hallowed halls on the planet.

The White House has yet to release specific details for its Maker Faire plans, and it’s certain it would host a much smaller version of the event than the ones that attract more than 100,000 people in San Mateo each spring. But according to text of a blog post it published Monday, the White House said that the event “will be an opportunity to highlight both the remarkable stories of Makers like Joey [Hudy] and commitments by leading organizations to help more students and entrepreneurs get involved in making things.”

The White House — which is planning a series of initiatives that encourage industry, universities, municipalities, and foundations to support the maker movement — also said that those who are interested in getting involved in the event can send photos, videos, or descriptions of their projects to maker@ostp.gov, or can tweet them using the hashtag “IMadeThis.”

The White House will be hosting its first-ever Maker Faire sometime later this year.

Dale Dougherty, one of the founders of Maker Faire, told CNET that he and his fellow organizers will be involved in the production of the White House event, but that it’s very unclear what form it will take and what the logistics will be like. “We’re going to bring our electronics into the White House?” Dougherty said. “We’re going to have to figure that all out….The White House kind of has to define what this is. How much space, and who can come — whether it’s public or private.”

Still, for Dougherty, who was was honored at the White House as a “Champion of Change” in 2011, having the White House get on board is a big thing. “It’s pretty nice,” he admitted. “Cities want to organize Maker Faires. Countries see this tied to innovation, to creativity, and it’s really wonderful to see that connection. I think it’s a genuine thing. You come to Maker Faire and you see all this stuff happening. We want more of it, to help stimulate all this activity.”

A couple of weeks ago, Doughtery added, he was in Norway helping to launch the first Maker Faire there. He said that in Norway, he announced that this was the “year of the maker.” And now? “The White House thing would definitely help us celebrate the year of the maker.”