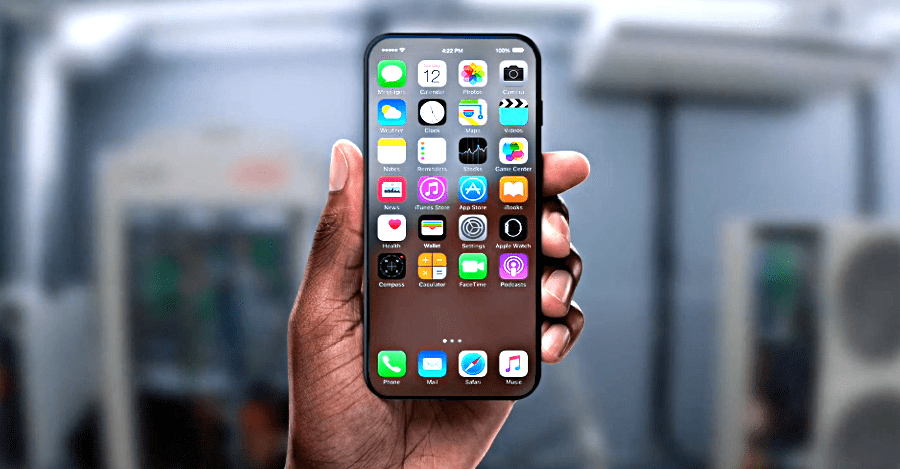 What you need to know about the iPhone 8
The iPhone 8 will mark the 10th anniversary of Apple smartphones, so it’s going to be huge. In this article, I’ll cover:

What’s the latest iPhone 8 news?
What is the iPhone 8 release date?
What’s new about the iPhone 8 design and specs?
What’s the iPhone 8 price?
Should you wait for the iPhone 8?
Apple’s very first iPhone launched way back in 2007, re-shaping the landscape of mobile phones forever more. Now we’re 10 years on and Apple is reportedly planning to majorly revamp the iPhone line-up with the new iPhone 8.

We weren’t exactly thrilled by the iPhone 7; it felt like an incremental upgrade, and it struggled to deliver on battery life. But rumours suggest Apple is pulling out all the stops for the iPhone 8, and so we’ve got high hopes for what’s next. 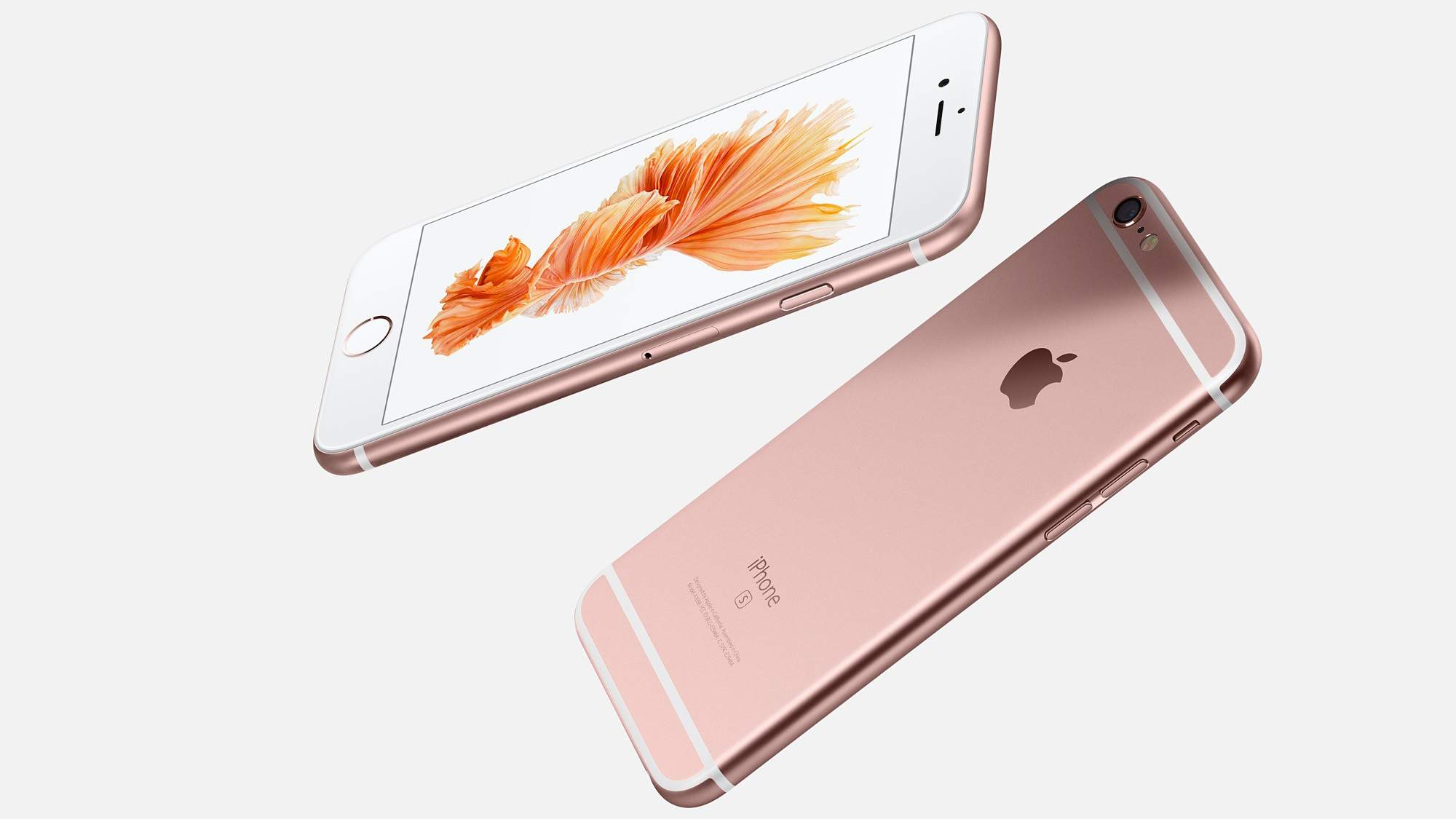 iPhone 8 Release Date: When does it come out?
The million-dollar question: when does the next iPhone come out? No one is really certain, but we’ve done a deep-dive on the dates and we reckon we’ve got a very good idea when the new device will be available.

First off, here’s a recap of recent iPhone launches:

The bad news is that there have been rumours of iPhone 8 delays. Apple CEO Tim Cook dismissed this as baseless industry chatter in the company’s most recent earnings call, but there’s still no shortage of leaks suggesting supply for the iPhone 8 may be limited to a few million units at launch. As some of you may know, that’s significantly less than the number of iPhone handsets Apple would normally expect to sell during the opening week of sales. Still, we can’t confirm this rumour, so take it with due caution for now.

In any case, it’s very likely that the new iPhone will sell like hot-cakes as soon as it’s available, so even if there aren’t stock issues, we’d recommend snapping one up early if you plan to buy one.

iPhone 8: What is the next iPhone going to be called?
Apple has been fairly consistent with iPhone product naming in recent time, generally switching between a number (e.g. iPhone ‘X’), followed the next year by a device with a number and an ‘S’ suffix (e.g. iPhone ‘XS’).

There are also a bunch of wild-card names for this special iPhone 10-year Anniversary Edition, including the iPhone 10, iPhone X, and iPhone Pro. We’re not particularly convinced by any of them, although the latter two arguably make more sense than calling it the iPhone 8.

iPhone 8 Design – What’s new?
The biggest change we’re expecting to see from the iPhone 8 is a huge ramping up of the handset’s screen-to-body ratio. That ratio describes how much of the phone’s front is occupied by display, and having an all-screen front appears to be a big trend in smartphones. LG debuted such a design with the LG G6 earlier this year, and the Samsung Galaxy S8 quickly followed suit.

The thinking is that you’ll be able to fit a 5.5-inch screen (like the iPhone 7 Plus) in the form factor of a 4.7-inch iPhone (like the iPhone 7). This will almost certainly require the removal of the Home button (and the Touch ID fingerprint scanner) from the front of the phone in order to slim down the handset’s bezel.

The most recent depictions we’ve seen showcase a phone with only a small bezel protrusion on the top of the phone, which is expected to host 3D facial recognition sensors – a necessary addition given the removal of Touch ID. We’ve also seen dummy versions of the handset with a glass back (to allow for wireless charging), metal sides, and a dual-camera.

iPhone 8 Specs – What’s new?
Screen: The big news this year is that Apple is expected to finally introduce OLED displays on the iPhone. It’s a widely accepted theory, having been reported by the likes of The Korea Herald, Nikkei, Bloomberg, the Wall Street Journal, and even Tai Jeng-wu, President of Sharp.

Unlike conventional LCD panels, the pixels on an OLED screen produce their own light. That means the screen doesn’t need a backlight, saving power. But it also means that individual pixels can be turned off, allowing for truer blacks – thus improving dynamic range and widening the colour gamut.

Despite rivals such as Samsung having adopted OLED screens long ago, Apple has steered clear of the tech – possibly due to the fact that Samsung controls the lion’s share of phone-sized OLED screen manufacturing. 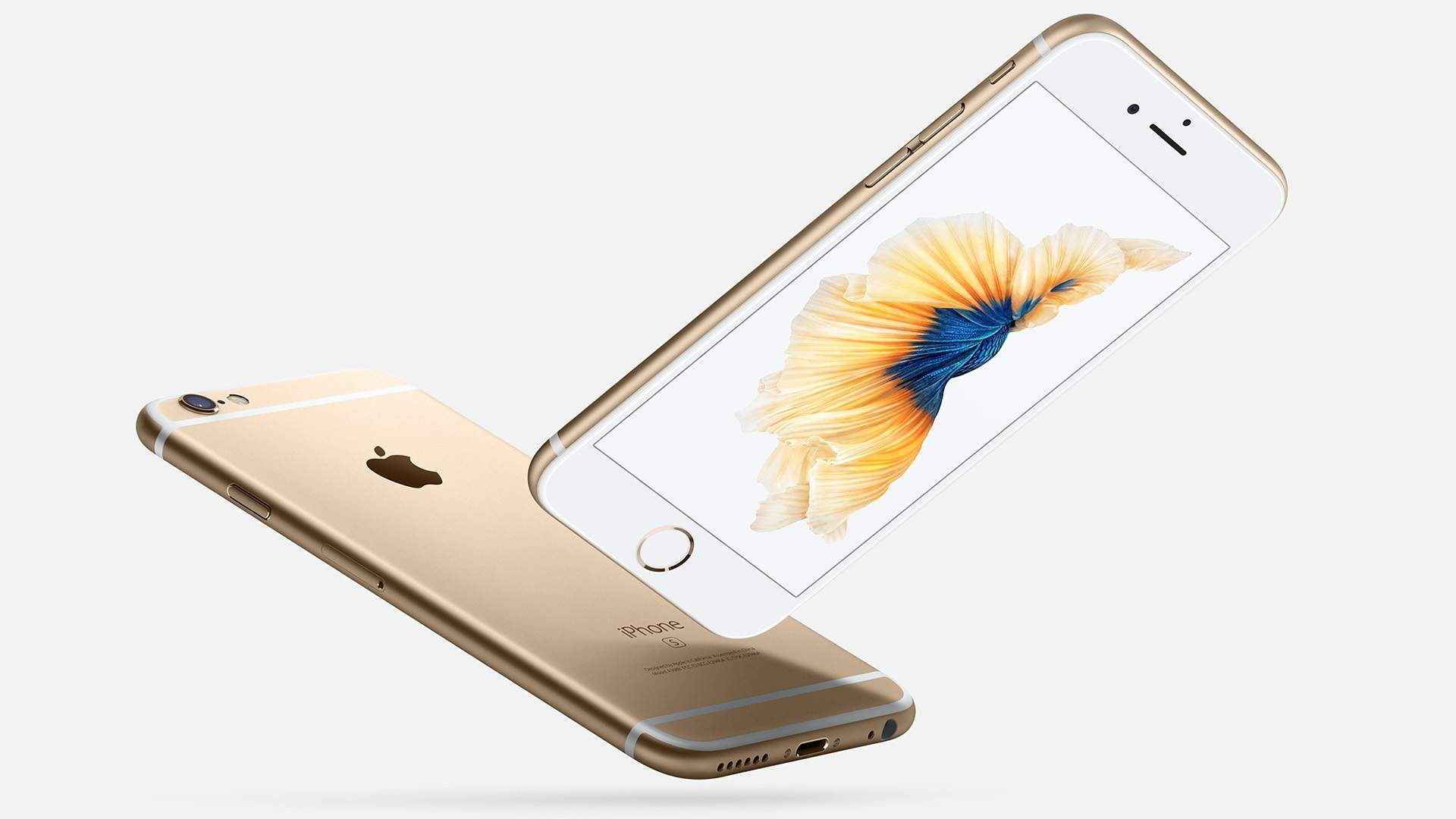 Apple is reportedly plotting three display sizes for the iPhone 8: 4.7-inches, 5.5-inches and 5.8-inches. A report in July by Nikkei Asian Review suggests that all three iPhone models will get the new screen, although the wider consensus is that only the iPhone 8 will receive an OLED upgrade.

For navigation, given the absence of a Home button, analysts at KGI Research believe that the bottom of the iPhone 8’s screen may be portioned off for functions. This new display function area at the bottom could potentially provide custom controls depending on the app you’re using, a little bit like the Touch Bar on the new MacBook Pro. There’s also talk of the iPhone 8 borrowing the iPad Pro’s ambient light-adjusting True Tone display, albeit under a new ‘True Colour’ display moniker.

Performance: Apple is also highly likely to introduce a new system-on-a-chip (SoC) for the iPhone 8, as is always the case with major iPhone releases. The iPhone 7 runs on the new A10 Fusion chip, but the iPhone 8 will utilise a newer SoC – probably the unannounced A11 processor.

A Digitimes report on July 18, 2016 suggested that Taiwan’s TSMC had won the contract for the new chip: “The Taiwan-based foundry will continue to be the sole supplier of Apple’s next-generation A11 processor that will be built on a 10nm FinFET manufacturing process.”

For the unaware, “10nm” describes the manufacturing process used to create the chip. The lower the number, the more densely transistors can be packed in. Transistors are what allow computing to get done, so the more transistors you have, the more processes can be completed simultaneously. This means you can increase power efficiency, or offer boosted performance.

Apple has never used a 10nm chip; the iPhone 7’s A10 Fusion was created using a less efficient 16nm process. So we should see some serious power gains (or battery life improvements) from the iPhone 8. 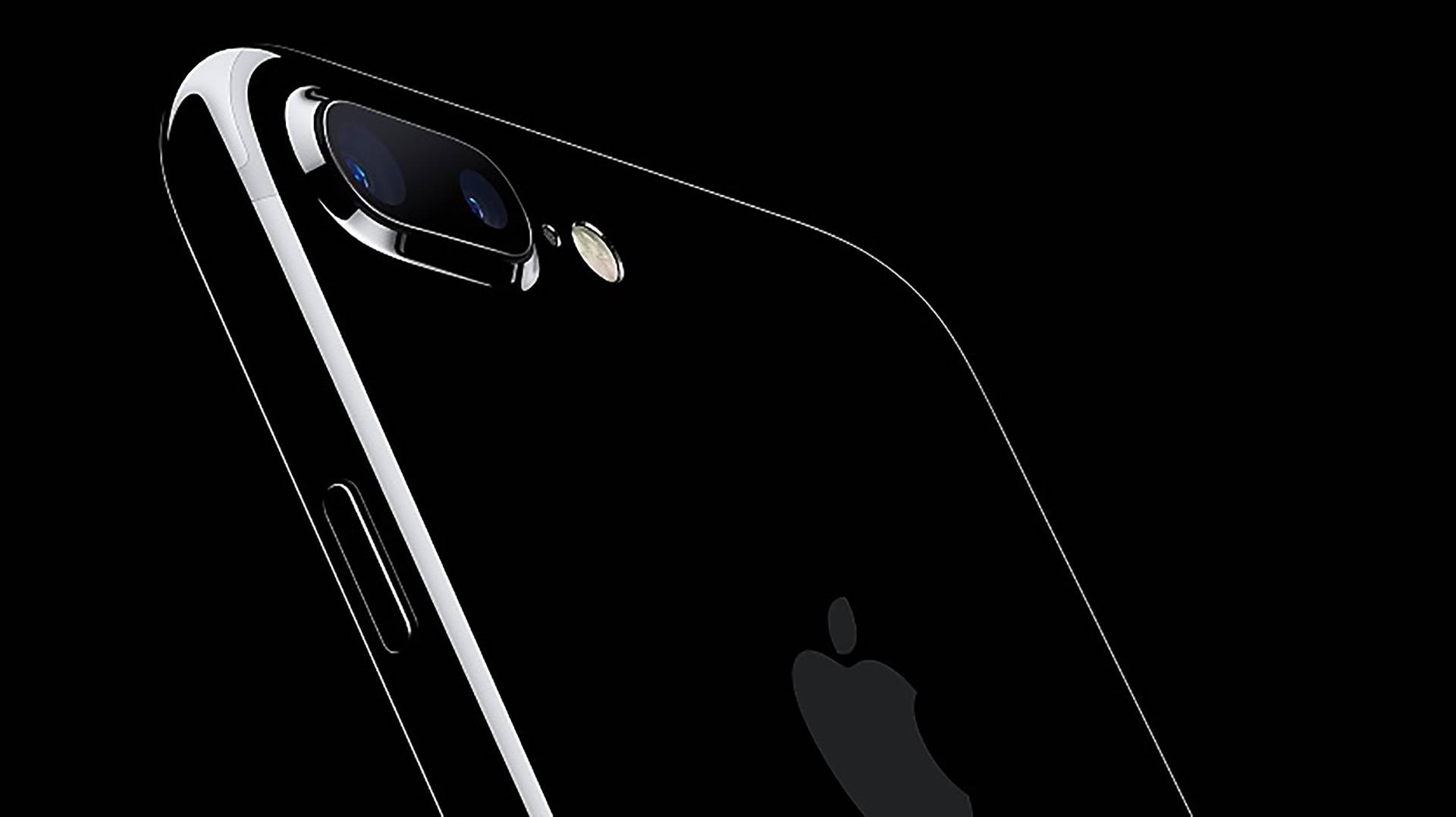 Photography: As far as the camera goes, KGI Securities believes that Apple will carry over the dual-lens camera from the iPhone 7 Plus, although it isn’t clear whether this will be available on select models. The only specific change mentioned is that both lenses (wide-angle and telephoto) will feature optical image stabilisation; currently, only the wide-angle lens features OIS.

The analysts also believe that the iPhone 8 will use a “revolutionary” front camera that features 3D-sensing capabilities. This could be used to determine depth and location of objects in a 3D space, allowing for interesting augmented reality applications in the future.

Regarding the latter, Bloomberg published a report in February that claimed Apple was planning AR features for the iPhone, citing “people with knowledge of the company’s plans”. The report details how Apple has “built a team combining the strengths of its hardware and software veterans with the expertise of talented outsiders”.

“One of the features Apple is exploring is the ability to take a picture and then change the depth of the photograph or the depth of specific objects in the picture later; another would isolate an object in the image, such as a person’s head, and allow it to be tilted 180 degrees,” the report explained. “A different feature in development would use augmented reality to place virtual effects and objects on a person, much the way Snapchat works.

It continued: “The iPhone camera features would probably rely on a technology known as depth sensing and use algorithms created by PrimeSense, an Israeli company acquired in 2013. Apple may choose to not roll out these features, but such additions are an up-and-coming trend in the phone business.” 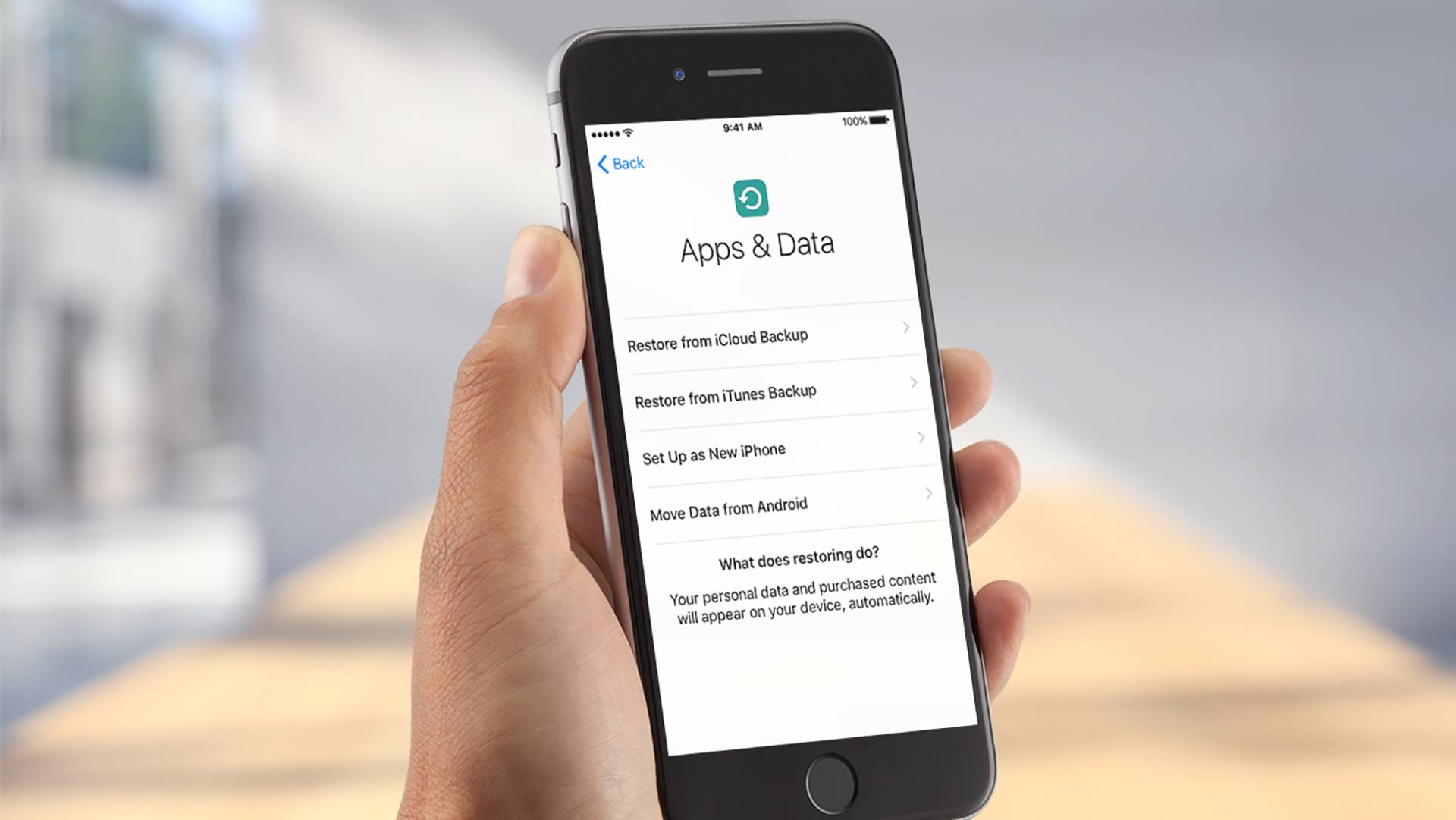 The other big rumour circulating is that Apple may ditch the Lightning port for USB-C. However, Ming-Chi Kuo believes that won’t actually happen; instead, he thinks the USB-A portion of the charging cable will be replaced by USB-C, while the other end will remain as a Lightning connector. This means you wouldn’t need fancy new dongles to charge your phone, but you’d still benefit from the advantages of USB Type C:

“We believe all three new iPhones launching in 2H17 will support fast-charging by the adoption of Type-C Power Delivery technology (while still retaining the Lightning port),” wrote Kuo. “A key technical challenge lies with ensuring product safety and stable data transmission during a fast charge.”

iPhone 8 Software – Will it run on iOS 11?
At the annual WWDC conference in June, Apple showcased the latest version of its mobile and tablet operating system: iOS 11.

There’s no proper release date for iOS 11 just yet, but the developer preview is already available – with a public beta scheduled for later this summer.

Importantly, the iPhone 8 is almost guaranteed to run on Apple’s new iOS 11 software, given that iOS 10 is now technically outdated.

So what’s new? Well there are plenty of upgrades coming with iOS 11, including an update to Messages. In iOS 11, there will be a bigger focus on apps and stickers, featuring a redesigned app picker. There’s also cloud syncing so your messages carry (or delete) across from an old phone to a new phone. 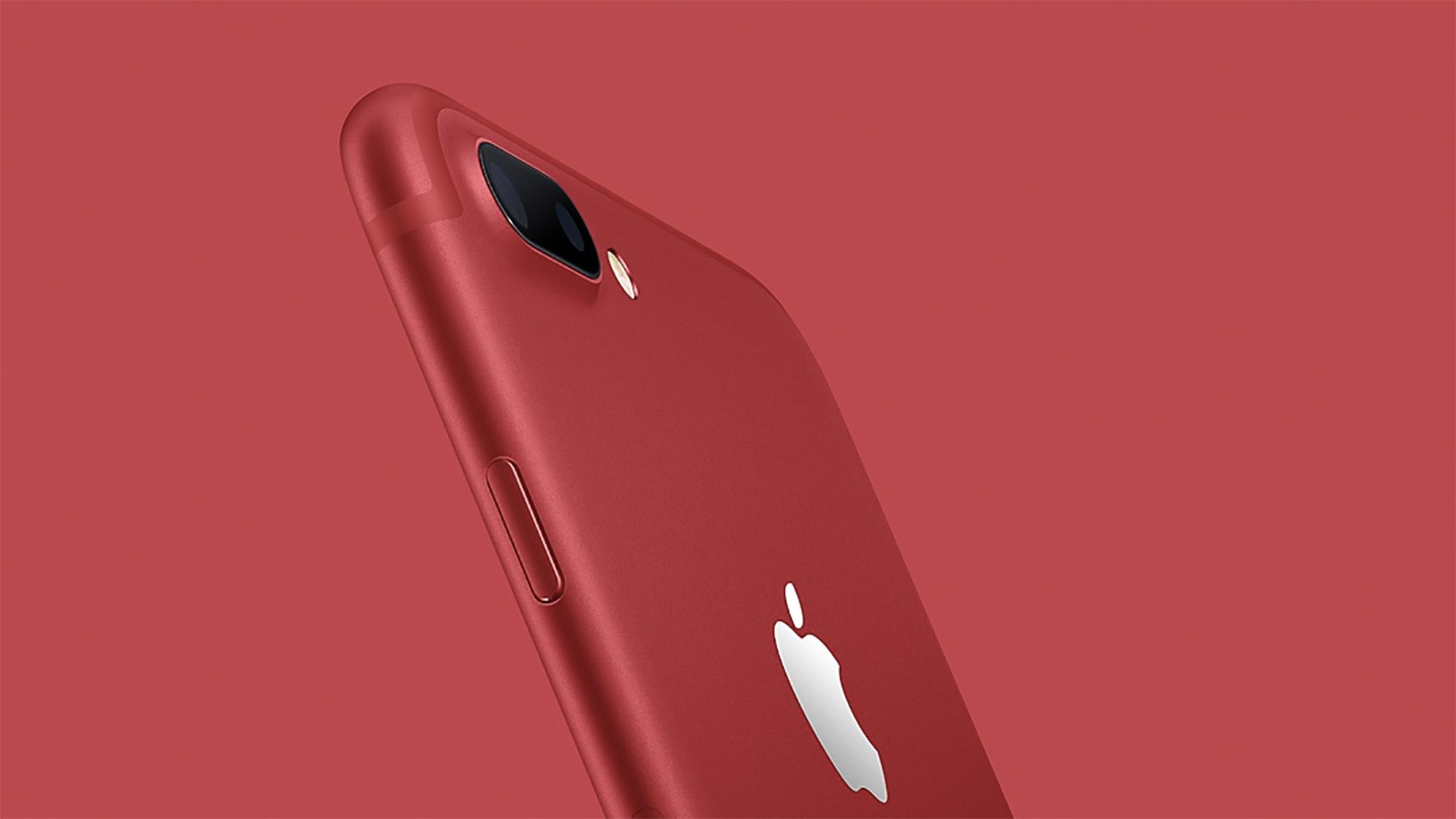 Siri is getting a new voice that makes her much more lifelike too. It’s a clear bid to tackle growing competition from rivals like Amazon’s Alexa and the Google Assistant. She’ll also be able to translate your voice and speak out the response.

Other changes include updates to the the camera and photos, a redesigned control centre, and modifications to Maps, Apple Music, and the App Store.

If you want to read about all the changes, check to our iOS 11 guide here.

Apple’s iPhone 8 will definitely be expensive, because that’s just how Apple operates. But how expensive? Well, here’s a brief rundown of historical iPhone pricing, for a start:

As you’ll no doubt remember, the iPhone 7 broke the trend of low-£500 Apple smartphones, pricing at a pound shy of £600. The general thinking is that the UK’s post-referendum currency woes caused Apple to jack up the price, mitigating the lowered value of Sterling when traded against the dollar. Unfortunately, unless there’s a dramatic turnaround in the fortunes of Britain’s economy, it’s likely that the iPhone 8 will be similarly (if not more) expensive.

Given that the Samsung Galaxy S8 costs £689 and the Galaxy S8+ is even more expensive at £779, we’d be surprised if the iPhone 8 retailed for anything less than £650.

If you’re using the iPhone 6S (or something older) then you’ll definitely want to wait for the iPhone 8. Apple’s next handset will usher in a major redesign, and so if you’re coming to the end of a two-year contract, it’s absolutely worth waiting until September to see what’s in store.

If you have the iPhone 7, you probably won’t need to upgrade. Unless you’re a die-hard Apple fan who needs to be at the bleeding edge of Cupertino tech, it probably isn’t going to be worth the leap. Even considering the fact that the iPhone 8 will certainly offer big changes, the iPhone 7 is still a capable handset by modern standards. We’d recommended hanging around for whatever 2018 brings.

Consider the alternatives, including Android devices. Just because there’s a new iPhone coming out doesn’t mean the smartphone industry shuts down. There are plenty of great phones out there, including the Samsung Galaxy S8, LG G6, OnePlus 5, or HTC U11.

iPhone 8 – Summary
In summary, here’s what you should expect:

iPhone 8 price: The entry-level iPhone 8 is probably going to retail for at least £599, and could rise close to (or even beyond) £1000 for the top-end model.